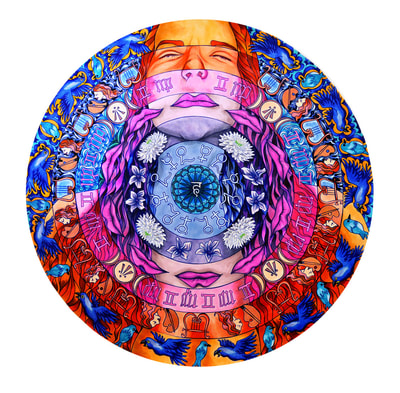 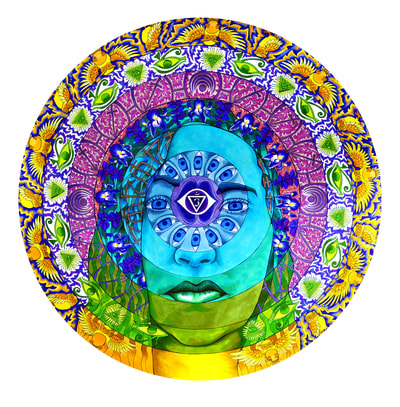 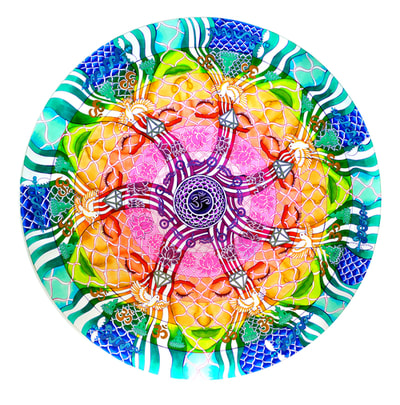 Chakra is a Sanskrit word meaning “wheel” or “circle.” This word is greatly accepted in the practice of energy work and energy medicine to be an all-encompassing term describing vital centers of energy that exist within each of us. These vital parts of ourselves are not visible to the human eye. They are considered “subtle,” a word that means here, and in energy work in general, something that cannot be seen by the human eye or touched physically. The chakras are not visible but are essential, crucial even, to our ongoing development and overall health as human beings. They are conceived of as spinning hubs of energy, like wheels or spheres. The chakras can also be thought of as types of invisible, energetic organs, each self-contained and having functions that relate to and impact specific parts of the whole. They help regulate and generate functions that impact us physically, energetically, emotionally, mentally, sensorially, intuitively, and spiritually. The chakras are perceived, believed, and understood by most energy workers, ancient and modern, to have great impact on our daily lives as well as on our long-term functioning as healthy organisms.

Chakra energy systems were described in ancient Indic systems as long as 2,000 to 5,000 years ago. The teachings were handed down orally before being recorded in writing, accounting for the lack of an exact date as to the origins.  Many believe the first recorded teachings of the chakra system originated within those ancient systems and rely on the 7-chakra model identified in the sacred writings and drawings as the standard.

Comparable energetic systems also existed in ancient Egypt, in the Mayan and Incan civilizations of South America, in North America with the Cherokee, and still exist within the African Zulu belief system, in Islamic Sufism, and in Tibetan, Tantrik, and Mahayana Buddhism. Christian Occultism contains a chakra energy system based on the Revelation of Saint John, and the Jewish mystical energy system of the ancient Kabbalah resonates with and is considered by many to be a form of the chakra system. No one really knows exactly where or when the concept of these invisible and vital wheels of energy first originated; it has existed within us as long as we ourselves have existed. But we know that versions of the chakra system have home and heritage in multiple ancient cultures from nearly every continent on planet Earth.

Our ancestors agree: we are more than flesh and bone.

What does this mean in our work together?

Our systems, physical and energetic, are always striving to be as balanced as possible. It's normal for our chakra system to be out of balance. In our work together you will learn how to balance your own chakras and how to interact with your own energy system in order to move toward your natural state of wholeness.

We can work on specific chakra issues as well as on the system as whole. This work is done through any combination of visualization, breath work, meditation, guided imagery, deep relaxation, journaling, art making, energy balancing, work with crystals and stones and yoga practices including asana. We will decide on a plan together based on your interests and your needs.